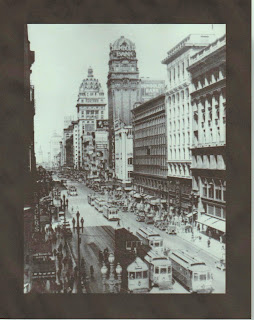 I expect to finish Exegesis by at least the end of May. I thought this would be a fitting inaugural post for the "new" Rule of Reason. I hope you enjoy it.

Foreword by the Author

It is late June, 1929. Cyrus Skeen has concluded his case in Stolen Words, in which he exonerated a prominent novelist of the charge of murder, even though the author had plagiarized other authors with the cooperation of the now defunct publisher. Skeen’s artist wife, Dilys, has returned from a visit to relatives back East in Massachusetts, and was preparing to work on her first painting. Skeen’s new secretary, Lucy Wentz, is quick on the uptake, and is working out fine.
But now a new nemesis has confronted Skeen, an unknown person who is killing people who have committed horrendous crimes. He writes Skeen and expresses his appreciation for Skeen’s crime-fighting acumen and skills, but wants Skeen to join him in a crusade to terminate all killers. Skeen has not killed any criminal gratuitously – he has killed in self-defense only when someone has threatened to kill him or someone who is a value to him – and wonders why his admirer thinks he would be open to the idea. Then the district attorney for San Francisco demands an explanation for why Skeen’s revolver was found next a murdered mass killer. More criminals are found dead. The unknown vigilante pins a note to each body, signed “Exegesis.”
In another unusual case tackled by Cyrus Skeen, the intrepid and unflappable detective delves into the mystery with his usual panache and certitude.


Chapter 7: An Evening at Maud’s 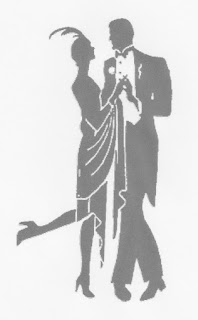 
Skeen scoffed mildly. “He was promising, but apparently he didn’t deliver on that promise.”
“That’s a rather cryptic observation, sir.” 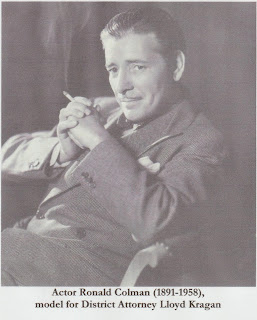 “Read tomorrow’s Observer-World for more details about Mr. Carlyle. I’m not at liberty to divulge them at the moment.”
Mr. Barnes smiled and wagged a finger. “I knew you had something to do with it! You’re always involved in some scandal or other!”
Skeen shook his head. “Maybe, Mr. Barnes, and I’m not even a scandalmonger.” He rose and said, “You’ll please excuse us, but my wife and I would like to take a turn on the floor.”
Dilys rose in answer.
Mr. Barnes offered his hand. “Well, nevertheless, sir, I’d like to thank you for keeping our streets free of criminals.”
Skeen shook the man’s hand and replied, “The irony of it is, Mr. Barnes, is that most of the criminals I’ve collared have never endangered or harassed the public at large.” He smiled, took Dilys’s hand, and led her away.
Skeen and Dilys danced a fox trot to “Double Talk, Trouble Talk,” and then a slow dance to the Gershwins’ “Someone to Watch Over Me.”
When the numbers were finished, they went directly to the bar, ordered fresh drinks, and returned to their table. Skeen lit another cigarette, and lit one for Dilys after she had fitted one into her holder.
She noticed a small, cream-colored envelope sitting atop Skeen’s old drink. It was addressed to Skeen. “I think someone’s left you a mash note, darling. Please, don’t let it be from Maud.”
Skeen grinned, took the envelope, and slit it open. He took out the note that was inside, unfolded it, and then put down his new drink.
Dilys glanced at his face. It was grim.
Skeen said, “He’s here.”
“Who?”
He handed her the note.
Dilys read the note, her brow becoming dark with anger. The elegantly written note read:

“Mr. Skeen:
Well played, sir. I regret that the experiment cost Mr. Carlyle his life. I had not intended that. I was hoping he had the stamina and bottom to work to replace the implacable Mr. Kragan, some day, at least, but that is now not to be. But, I was certain you would have had enough of the matter that you would take matters into your own hands and, like, Theseus, venture into the Minotaur’s own lair. Your unintended slaying of the poor fellow at his own game was a masterpiece. My hat is off to you.
‘Exegesis’”

Dilys handed the note back to Skeen. “Where is he?” she asked, her eyes busy scanning the crowd.
‘I don’t know, darling,” said Skeen. “I’ve never set eyes on him. But if he’s here, then he must be on the guest list.”